Badwater basin is a salt lake in Death Valley national park. It is usually dried up except for a fairly small body of water close to the entrance of Badwater basin. The low, salty pool at Badwater, is one of the best known and most visited place in Death Valley. It is quite a beautiful place with a lot of variation, sometimes you can see hexagonal salt formations on the ground, sometimes there is a shallow lake.

Or like when I visited, it had fairly recently rained but there was no water left, so the salt was soft and mushy. It reminded me quite a lot of snow! 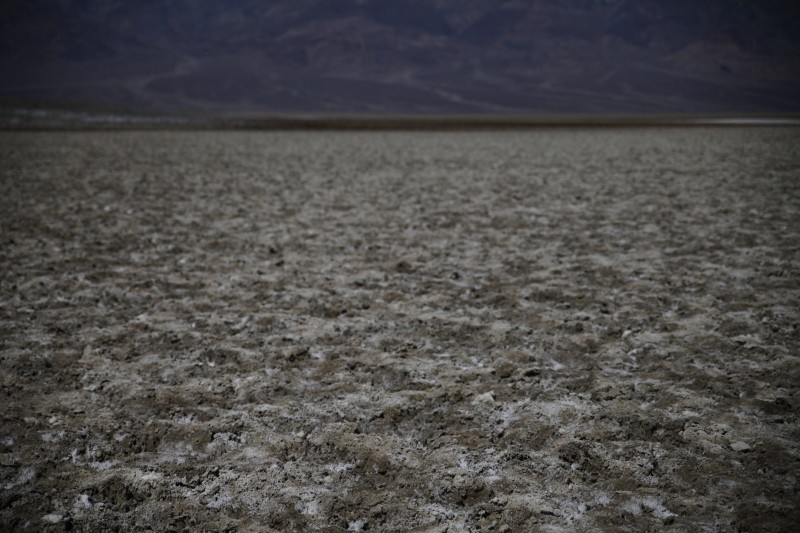 Badwater basin is so called because a traveler going through Death Valley with his mule spotted the body of water and approached it to let his ule drink. However the mule refused to drink the water, so e scribbled the words “bad water” on his map, and the name stuck.

During rainy periods, a large shallow lake forms, several miles across and only a few inches deep, but most of the water soon evaporates or sinks below ground. Badwater never dries out completely, and even manages to support a unique species of fish, the Death Valley pupfish. Badwater is also one of only three places in the Mojave desert where the endangered Badwater snail can be found. 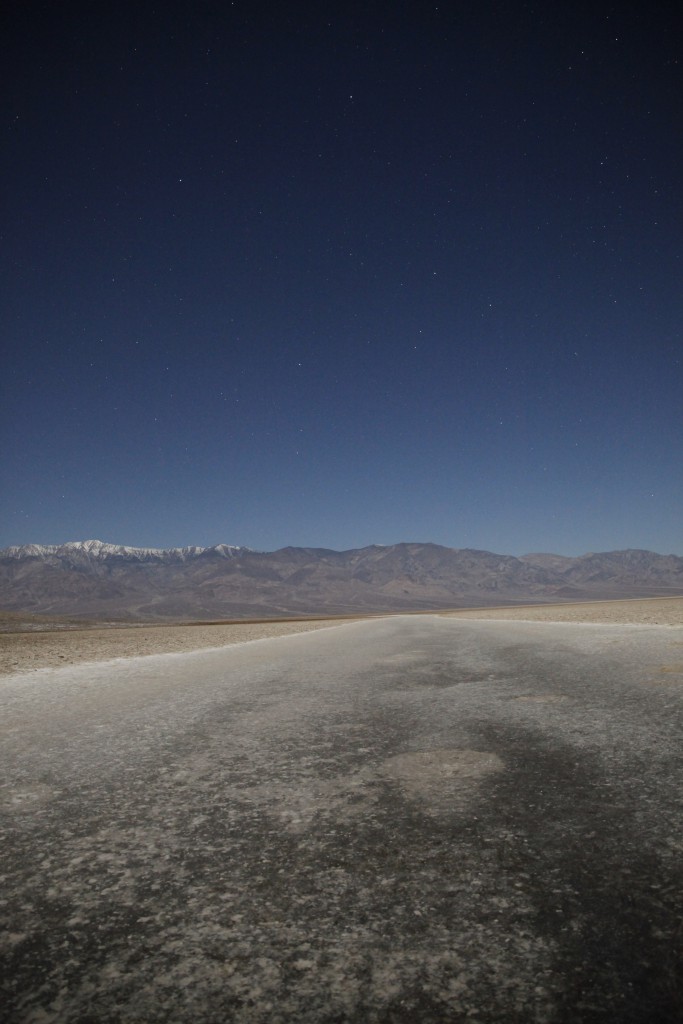 Badwater basin is a truly unique place, and definitely worth visiting. While not one of the most spectacular places in Death Valley it is fascinating just to know that there are actually fish and other water creatures living in such a seemingly dead place. 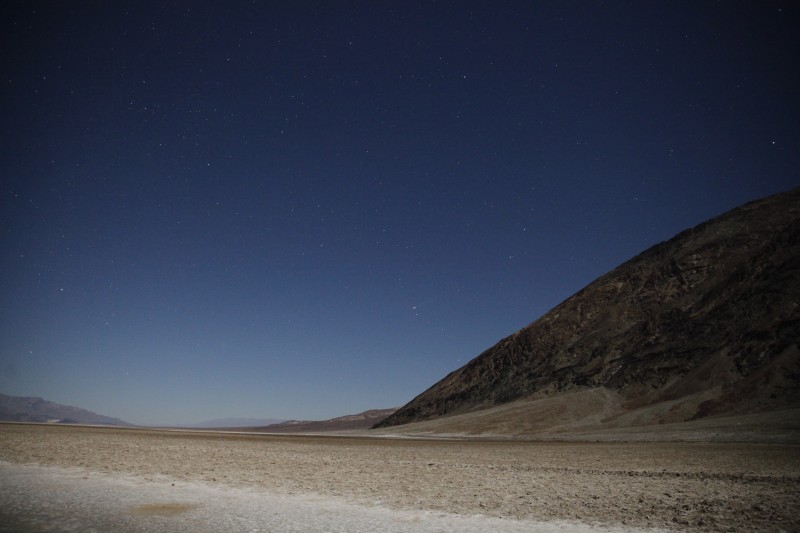 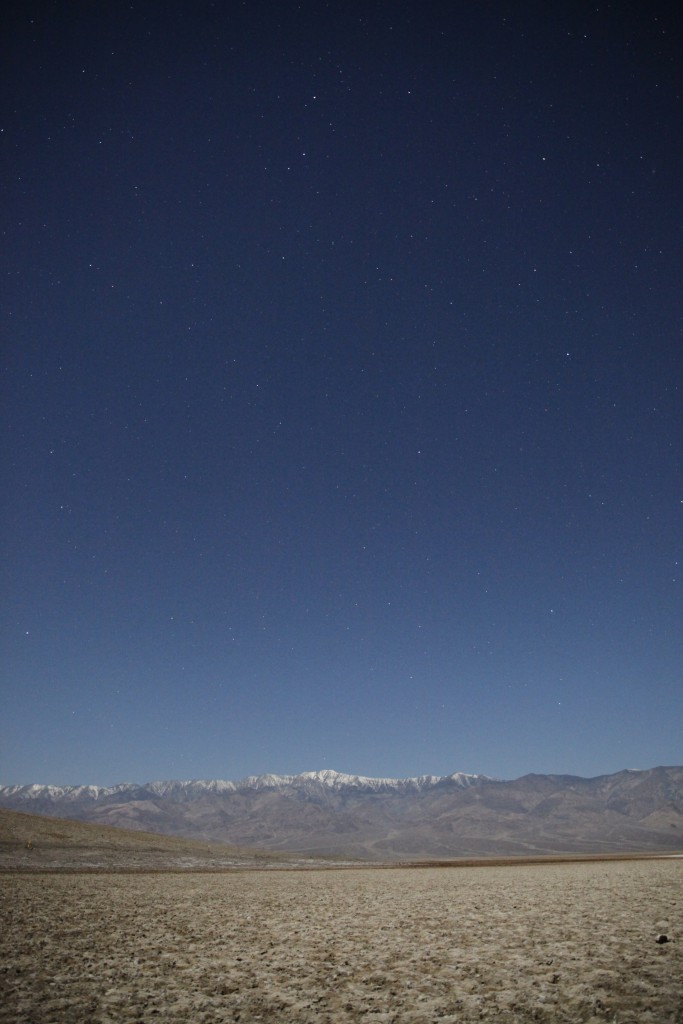 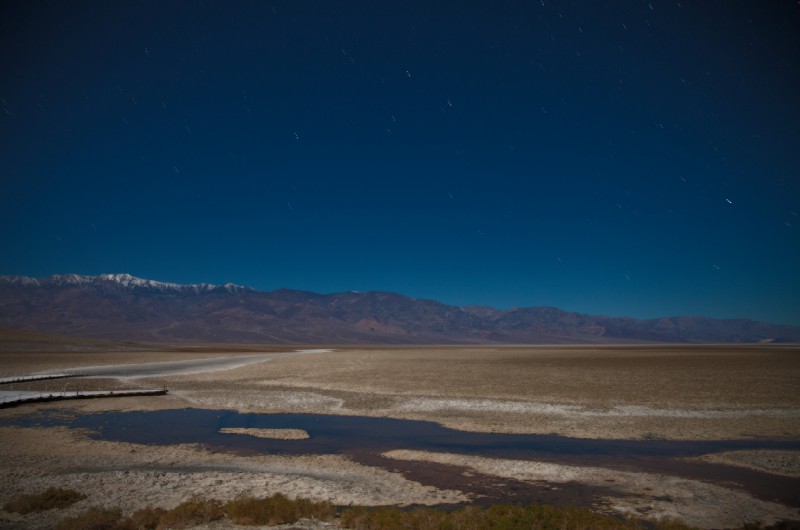 This is a HDR photo showing the motion of the stars during the short time between exposures.