Lunar Eclipse Right Next To Mars 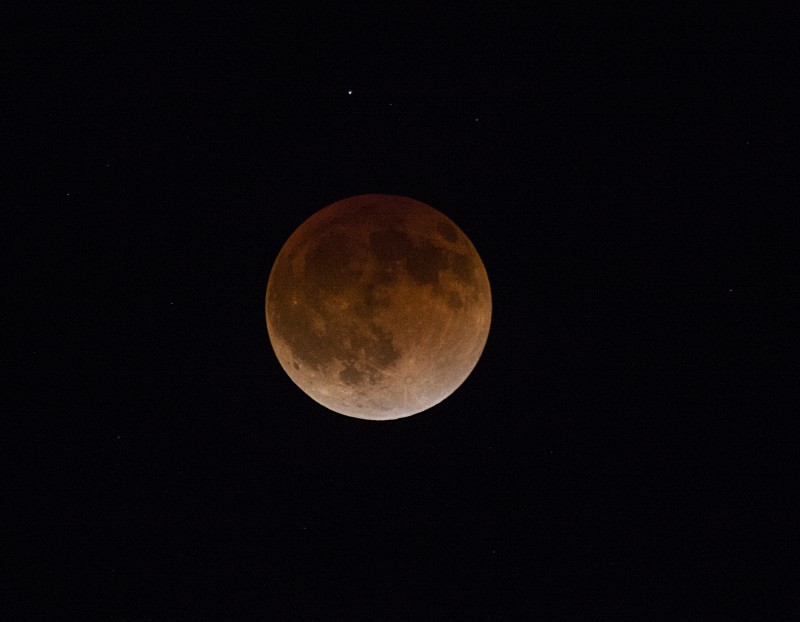 Lunar eclipses take place every year, however this one in April 2014 was somewhat special. Because when viewed from earth the blood moon was right next to the planet Mars in the sky. Mars is the bright dot next to the moon in the wide angle photo. Both glow brightly red, making it look just a bit more spectacular than usual. 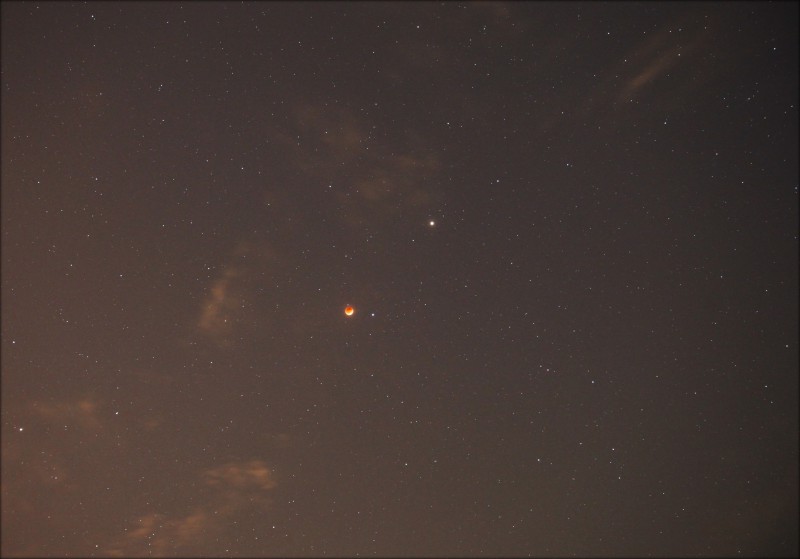 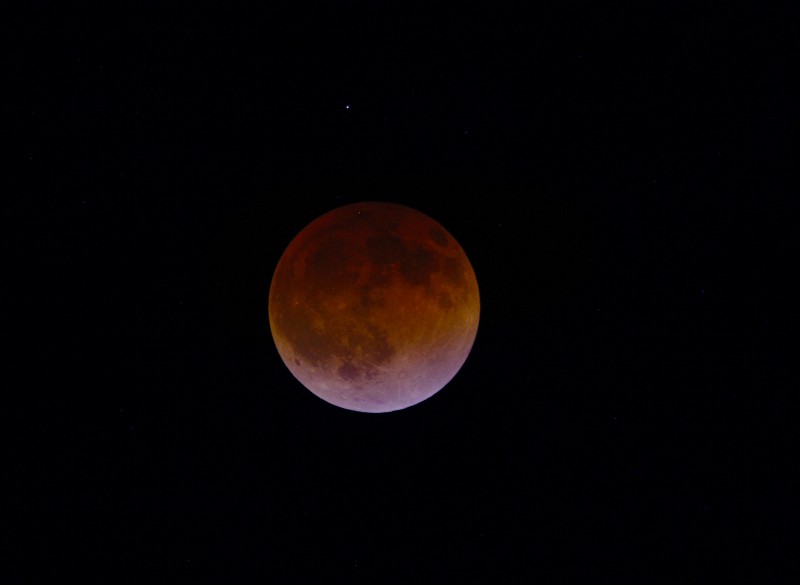 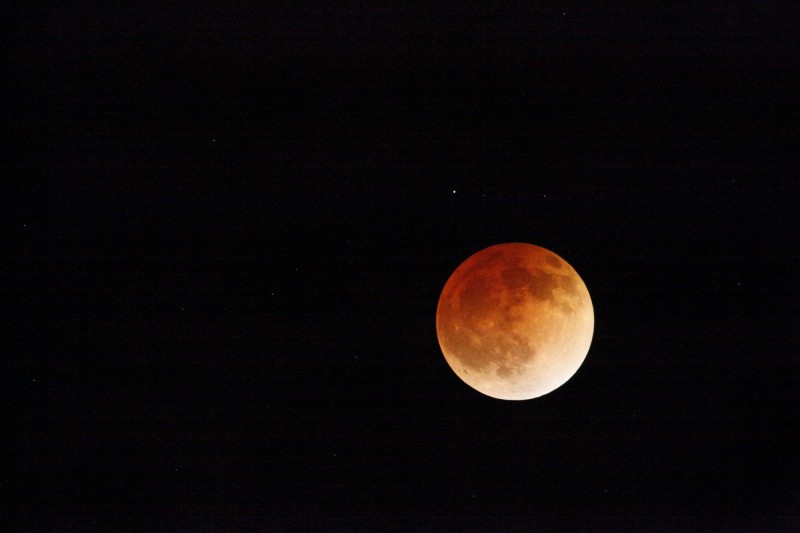