The Stairway to Success, Tokyo, Japan 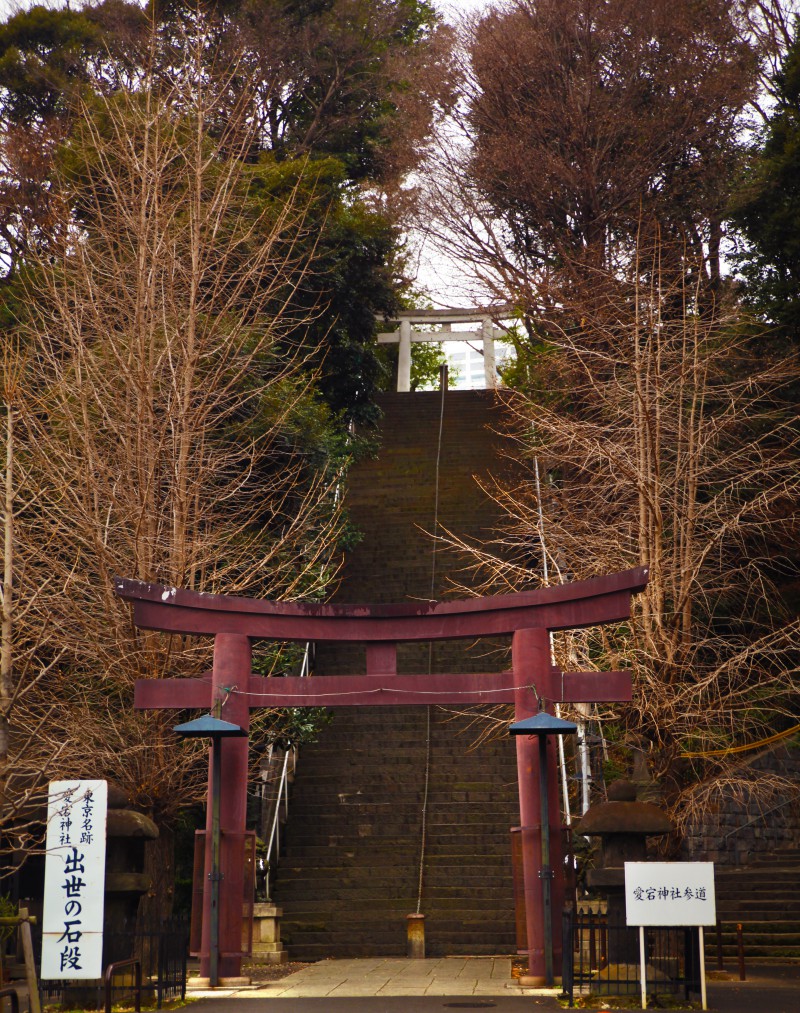 It’s known as Shussei no Ishiden (stone staircase of success). It’s thought that climbing the staircase and praying at the shrine can bring success in life. Given the shrine’s location in Tokyo’s business district, this attracts a steady flow of business people seeking good fortune in their career.

According to legend a young ambitious Samurai climbed the steps on horseback (a truly dangerous feat) to deliver plum blossoms to the Shogun Tokugawa Ieyasu. Flowers held plenty of meaning for Samurai. The Shogun was pleased and the young Samurai advanced in the ranks. First he had to get his horse down from the hill, a feat that apparently took 40 minutes.

On the top of the staircase lies a beautiful temple / shrine. Definitely a place to visit if you are in Tokyo. 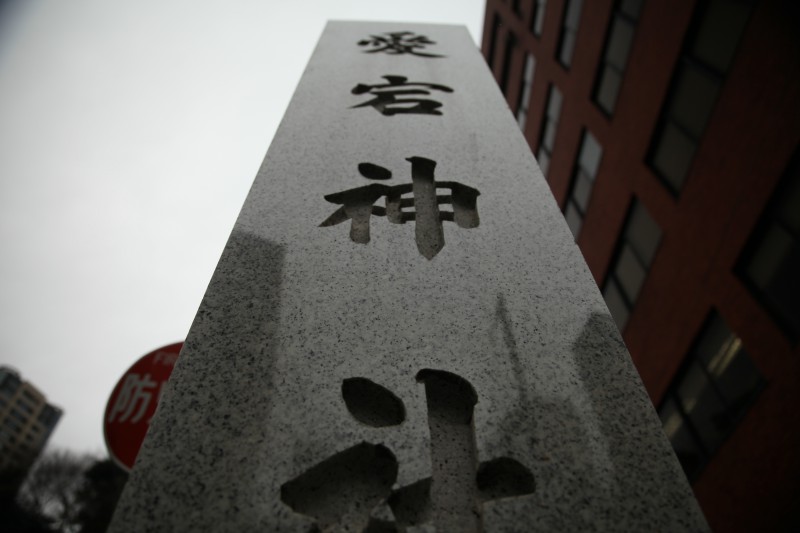 Stone with inscriptions beneath the staircase